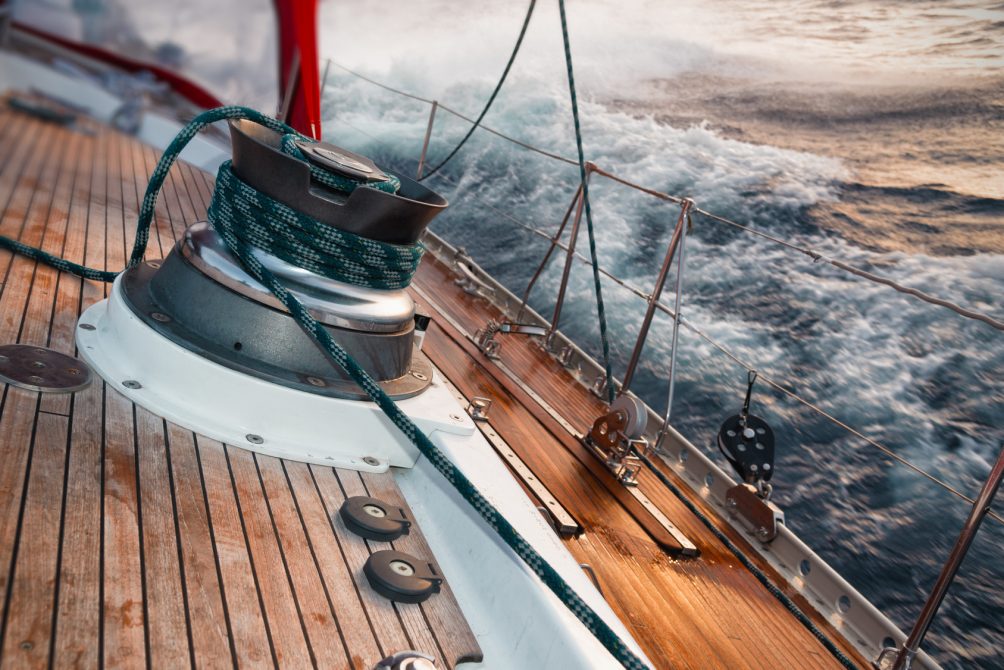 If you dive deeply into the analogy of an organization as a sailing vessel, then the values of the organization are the sails powering the vessel. The journey of organizational change is a shift in the cultural course from known waters to unknown waters. The stakeholders, including the management and staff of the organization, are the crew members, many of whom are as fearful of change as sailors of old were superstitious of anything they did not fully comprehend or understand.

The difference between success and failure in the voyage rests squarely on the leadership and most importantly the captain. Or does it?

Have you ever considered why maritime laws gave near-absolute power to the captain of the vessel?

Voyages, even into frequently navigated waters, are still fraught with the dangers of stormy seas. Without unquestionable authority, a captain can’t possibly deal with the violent shifts of the vessel and a fearful crew contemplating mutiny.

Can you imagine then a crew faced with a captain who’d lost their way? A captain that abused authority to keep a course even if it guaranteed doom for the ship. Tension, politics, rivalries, arguments, and even violence were guaranteed in orchestrating change from the ranks.

And who would know which situation was the reality? Is a course correction needed? Is the crew fearful? Is the captain foolhardy? Think Mutiny on the Bounty (1789, yes, a true story) or Sir Ernest Henry Shackleton’s attempt with the Endurance to reach and cross the Antarctic Pole. Complex adventures with severe consequences, dozens of perspectives, and hundreds of unanswered questions.

These situations are exactly analogous to the decisions organizations and the people involved face today.

Organizations must sail into uncharted waters. Markets are shifting drastically because of technology and the internet. In today’s world, either the leaders or the stakeholders must lead organizations through changes in uncharted territory.

Having key roles in several expeditions for organizational change, I have learned a few keys to successfully navigating troubled waters.

Be clear about the voyage ahead

Shackleton’s supposedly (hasn’t been verified yet) placed an advertisement in the newspaper for crew members for his attempt to cross the Antarctic:

Depending on the severity of the shift in culture for the organization, we share expectations of discomfort ahead for the participants. The internal and external anxiety caused by shifting values and beliefs cannot be overestimated. People do crazy things to keep status quo. John Kotter, Chair Emeritus Harvard Business School, shares four ways to kill good ideas:

Clarity involves planning. There is no question all the four methods will be used to kill change. Your success in staying on course for change comes from preparation, keen observation, and strong intuition.

When the time comes to defend against the foes of change, there is no time for planning.

Be clear about the destination

Be as gentle on the people involved as possible

Organizational change involves shifts in power in the organization. Even those individuals ready for change, may not understand the personal impact of change until they directly face it.

Trust is built over time and erodes quickly when fear enters the mix. Organizational change requires speed of implementation: organizations and people have difficulty serving two cultural values. Success depends on clear and rapidly implemented decisions for change. Expect fear and resistance at some point from everyone – including those leading the change initiative.

The key is to be gentle with the people and tough on the issues. Empathy and understanding of frustration, fear, acting out, is necessary if you expect others to back the change for long.

There are unfortunately plenty of examples of organizations forcing change with fear and intimidation. Their existence, if you could even call it that, is fleeting at best though society, individuals, and even entire families pay the price. The is no grey area in this, you either lead change with compassion or you lead with terror.

You bring about long-term and successful change by consistently demonstrating and acting with grace, understanding, and compassion.

When necessary act swiftly and without hesitation

All the planning and preparation will not stop the ‘bursts’: the backlash against the change.

These usually follow a success or string of little successes on the road to change. The ‘bursts’ are desperate attempts to kill the change. They are always based in fear and delivered with high emotion. They are often vicious. They always involve a very personal directed character attack.

A personal attack delivered with high emotion and viciousness is a call to action. Attacks like these no longer fall in the expected range of resistance and hesitation to change. These are ELE’s, extinction level events, for organizational change.

Rarely are these attacks delivered in a vacuum and rarely are they implemented without a plan and support. The key is to respond in a level-headed manner and focus on the attacker and the underlying reason for the attack. Your response must be quick and complete. If you do not act swiftly, then organizational change is lost.

The desire of the attacker is to remove support. They correctly deduce change creates a lack of comfort in everyone – even supporters. A well-designed attack is meant to expand the lack of comfort and erode support. They are counting on mere accusations to create embarrassment and withdrawal of activities by the change agent.

Your response should be level-headed and directed to the attacker. Dispel the charges directly with facts and directly list the intentions of the attacker. Continue to demonstrate grace, understanding, and compassion toward the attacker while maintaining accountability for their actions.

If you do not act swiftly in your response, doubt will reign, and time advances with the delays. As Sun Tzu says, ‘Now, when your weapons are dulled, your ardor damped, your strength exhausted and your treasure spent, other chieftains will spring up to take advantage of your extremity. Then no man, however wise, will be able to avert the consequences that must ensue.’

This is where all your planning for these attacks pays off. Planning provides you options. Hopefully, your response neutralizes the attack and attacker and erodes their power base. This is the best result. While they may continue attacks, it becomes obvious the tide has turned against them. In severe cases, and as a last resort, these individuals must be removed from positions of power and influence.

We’ve seen ‘burst’ attacks against individuals orchestrating change include threats of legal, contract, pension, and charges of ethical violations. When the rebuttals came quickly, clearly, and identified the underlying motives of the attackers, all was well. When these orchestrators of change hesitated, we’ve seen them removed from office, forced into early retirement or fired.

Many organizational change initiatives fail unless they are supported from the top because change agents lower in the hierarchy don’t believe they have the power base to survive such attacks. The reality is if they stand their ground and face the attackers head on, they have all the power they need for orchestrating change.

While it is important to avoid bursts as long as possible by demonstrating grace, compassion, and understanding along the journey of change, if they occur, it is not the end of the world, and change can still be accomplished.

If the ship continues to sail, there is hope. And a change initiative, even a failed one, always leaves a compass heading to a better world.

Jeffrey Hansler, CSP is an expert at organizational development, leadership, and persuasive communication which includes skills of innovation, influence, negotiation, sales, body language, micro-expressions, and authority. He may be reached at jhansler@oxfordco.com